Some months ago somebody wrote in a newspaper that Architecture done by the new generations of architects depends on the direction of gaze towards two concrete points: Rotterdam or Basilea. On the other hand, not long ago, John Horgan - in a demostration of pessimism - in his book "The end of Science", announced the exhaustion of Scientific research methods, its inability to suggest new discoveries, new ways of research and of vision.

With these statements he was approaching the reality of new architects, whose gazes went out of focus some time ago. A while ago some of us architects -tired of the exegetics of modernity- decided on a heathier path to avoid the "academic`s torticolis" and its pessimism.

Fortunately some suggest new visons of Science (to J. Horgan they replied with "What Remains to be Discovered?" by John R. Maddox) and some of believe us that in Architecture it is possible also. It isn't necessary to invent anything and even less in this century that is finishing, a century that has given us a work like "Ulysses" by James Joyce.

The initial criticisms of "Ulysses", the censorship and the burning of magazines, by official organizations, that published the novel in chapters, did it, to a large extent, because its reading was the reflection of distasteful realism. In reality they didn`t realize the vision suggested by Joice: to make everyday life a principle of the exceptional. To make the dynamism and the clarity of language convert the banal into the epiphanytic.

There are few books that have been as aware as Ulysses of their place in time. Probably that which irritated most was its free understanding of the world, the doubt it cast on its codes.

Irritation that is always produced in all areas of  man's activities and of course in Architecture, when new visions are the result of lucid ironies that for some are merciless and cause the loss of sacred values, of protocols or disciplinary codes. Irritation that is the cost of taking a new and radical look at modernity.

In the Spanish situation there are different points around the country and maybe the most active is Barcelona, although maybe the most interesting is Madrid in the face of the necessity not to be "active" but "reactive". The necessity that exists in Madrid to irritate, to suggest new searches, has led to the crea-tion of our magazine "Architecture and other things...", Metalocus. We think that we are achieving something. I was invited to give a conference recently and one of the guests said irritatedly that he wasn't interested in "articles about histrionic comics". Fantastic! He was irritated! Without knowing it, he confirmed for us that we were going the right direction. (I would recomend the interview with Leo Bassi -he is an international showman with the  OBIE prize of off Broadway 1989, the prize for best actor of the year in the "Festival de la performance de l'acteur" in Cannes 1997)

Between irritation and provoked irritation, I discussed with a friend the necessity of an Architecture that is more commited than iconic, more firm that elegant, more wild that "purist", more coloured than austere. We agreed that he was right when besides he mentioned to me using a family simile how this Architecture should be. It has some affection for the grandparents -for their pioneering idealism- but it's suspicious of the parents -for their protective vocation- and it grows away from the elder brothers -for their excessive disciplinary docility.

"Cronospace. Enric Miralles". An interview done in Barcelona, that approaches the way of working and thinking of this architect, the break-ups and the continuities in his work, presenting one of his last constructed projects "The park, civic center and community hall in Mollet". Enric Miralles lives in Barcelona, he has a studio with Benedetta Tagliabue since 1993. In 1995 they were awarded  the "Leone di Oro at the Venice Biennale for "Seismographs of the Future". They  received the commission to design the Scottish Parliament in 1998. They won the First Prize for their design for the new IUV headquarters in Venice, 1999. J.J. Barba is an architect with a studio in Madrid and is an invited lecturer in different international Universities. Spiros Papadopoulos and Lina Stergiou.

"Lori Nozick Projects". She presents a series of projects with a process of rediscovery, an interprative analysis of the relationship between space and architecture. Lori Nozick born in the northeastern USA, was initially painter, has incorporated three-dimensions into her work, directing it towards sculpture, approaching architecture and symbo-lic constructions. She has tought sculpture in the Parsons School of Design in NYC. She currently has a studio in Long Island City, NY. Ana Maria Torres is an architect and lives in the US. She has been a principal at Bamori Associates in New Haven and the architecture editor of the magazine New York Arts since 1996

"Stan Allen. Relations". An interview which investigates new ways of understanding the city and the relationship between the theory and the practice of architecture. Stan Allen is an architect based in New York. He is the director of the Advanced Architectural Design program in Columbia University. His book: Points + Lines: Diagrams and Projects for the City was recently published by Princeton Architectural Press. Later this year his book Practice: Architecture, Techniques and Representation will be published by G+B Arts International. Fernando Quesada is an architect, and is currently doing research in Columbia University, New York.

"The  image of deformation". It's an interesting study about the impregnation, deformation and impact of certain provocative and sought-after images in Architecture, beyond the architectonic project that generates them. Esteban Herrero is an architect with a stu-dio in Madrid, associated with Josenia Hervas.

"The Amsterdam School after J. D. Fullaondo." Mª Teresa Muñoz salvages the analysis, which has been insufficiently studied, between architectu-re and the city, in the most unknown and interesting proposals and influences in European architecture in the early part of this century, Dutch architecture, taking as a reference the initial analysis proposed by J.D.Fullaondo. Mª Teresa Muñoz is a Doctor of Architecture, master of architecture from the University of Toronto, a permanent professor in the University of Madrid (E.T.S.A.M.) and invited professor at different international Universities and the author of different books (ZEVI, Historia de la Arquitectura Española Contemporanea in 3 volumes...) and essays on analysis, art and contemporay architecture.

"Inside-Out". Proposal about furniture design proposed for the reformation and recycling of an old industrial nave into an architecture studio, based on the study and perception of subjective sensations of the user. Lina Stergiou is an architect with a studio in Athens.

"University of Thraki, Faculty of Education, Alexandropoli". First prize winning proposal in the European competition  proposed for the development of the University of Thraki. Based on the physical continuity of the constructed element that assumes the flows and movements between its parts in the interior. Bertaki, Chandelis, Karamalis, Loukopoulou and Paniyiris are a group of architects with a studio in Athens.

"Museum in Libya". It’s a proposal to integrate movement and stillness, between the stable and the ephemeral Octavio Mestre is a professor in the ESARQ University and principal architect at “O. Mestre Arquitectes Associats”  in Barcelona.

“Message City". This text is a disturbing interpreti-ve analysis, of the relations between Publicity and City. Spiros Papadopoulos is a Doctor of Architecture, is currently doing research on Publicity and City and works in Athens.

“Poetry of integration. Frederick Kiesler". An investigate-text  on one of the most importan artist in the XX century. Jose Luis Luque is a Doctor of Architecture and a professor  in the  SEK University,  and C.E.N.P. in Madrid.

The search for a contenmporaneity that permits us to visualize Architecture, the City, the search for a process that is only made visible by the accumulation of fragments, that is, the moving to Architecture of a generative process of mixture, interconnection and ambiguous relations from the rest of the sciences and thought as a new way to operate in Architecture.

It is necessary to understand Architecture, the City, as a group of systems, in which a lot of them are frustrated systems on which it is necessary to intervene.To use James Joyce and to try that the language that the social structure generates, its vivacity and clarity, transmutes itself into Architecture.

Changing the established always means finding oneself with reactive answers. And putting forward proposals far removed from the visions of the "Architectonic Academy", always means some level of sleepwalking. Acting without a safety net is somewhat normal for us archtiects that propose searches. 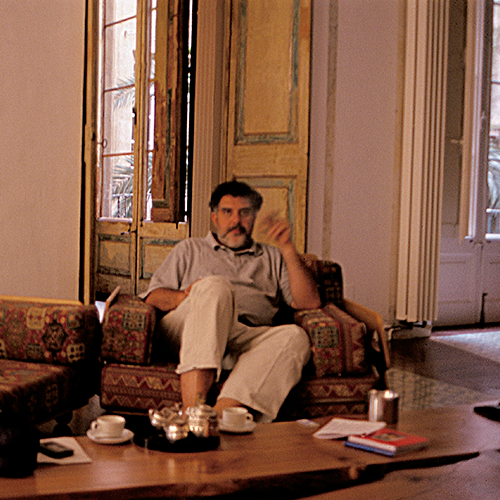 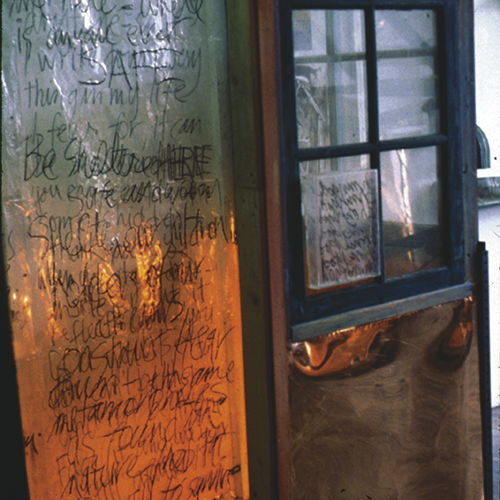 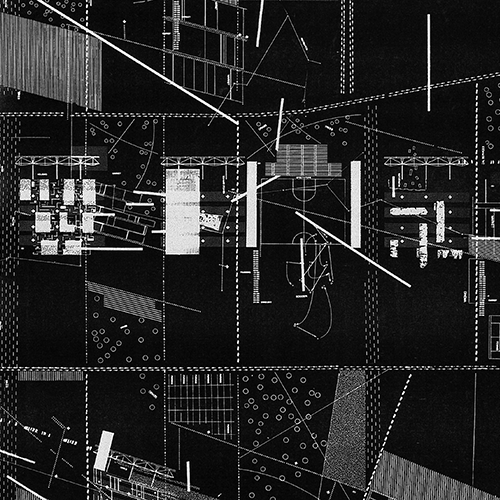 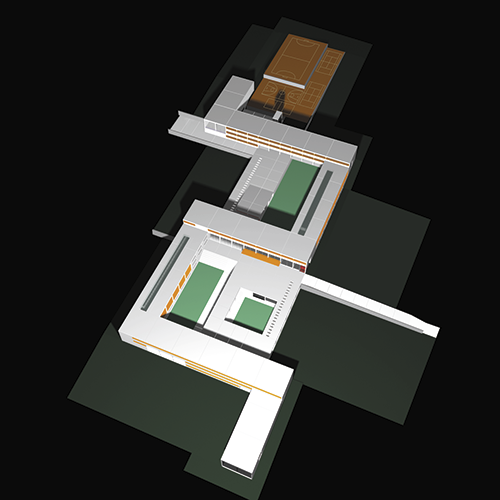 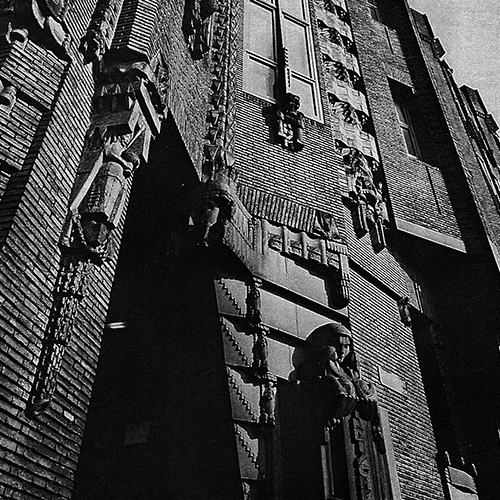 THE AMSTERDAM SCHOOL AFTER J.D. FULLAONDO 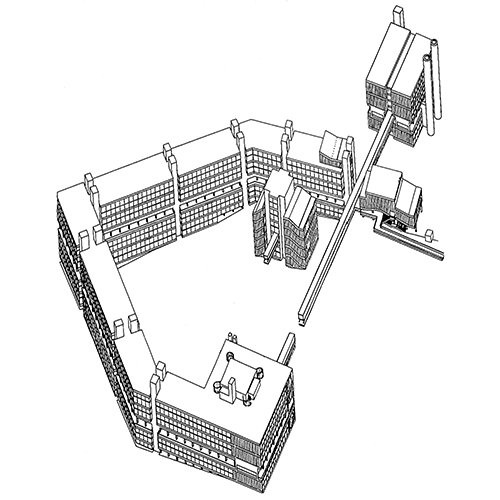 THE IMAGE OF DEFORMATION 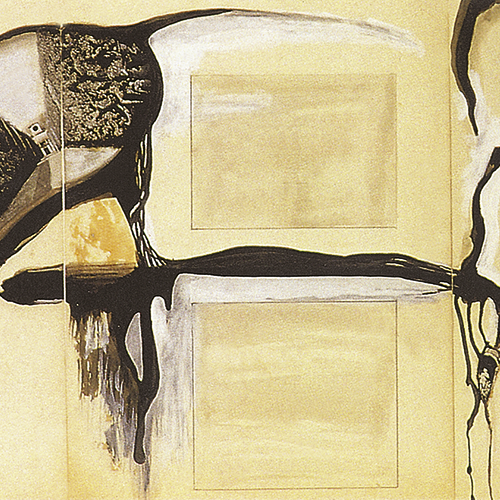 The image of deformation - Esteban Herrero 94